Who said traffic lights have to be dull?

on December 20, 2016
I wish you all a merry Christmas and a prosperous new year

Firstly: I have fired my secretary Mrs. Google Translate. So here is what I can do in broken English. :-D 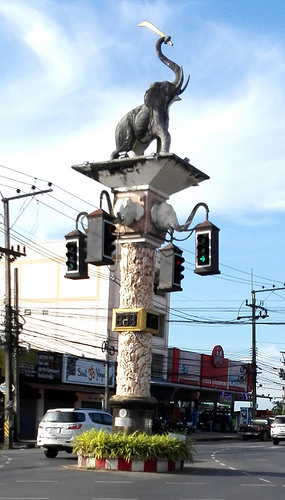 About not so dull traffic lights... Sure there has been a Viking involved. How else would the Elephant use a original sword? I am still in Krabi. Getting up 5.00 AM, out in the traffic, up and down the hills, burning calories, meeting good people, and much more. 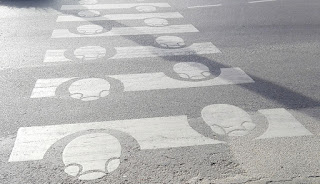 Back to the unusual and surely not dull traffic lights in Krabi. The Danish Viking Mr. Henrik Enevoldsen has been involved in at least two of the four projects. Lest start with the last one. The elephant. That fantastic animal is very often mistreated in the Thai tourist industry. As babies or very young they are taken away from their mother and changed to a working profitable animal. Actually I had a elephant ride in 1992 in Um Phang south of Mae Sot. The first and the last ride.

The second traffic light is called the monkey. Here it is.

Perhaps I will show you guys the last two traffic lights later.:-D 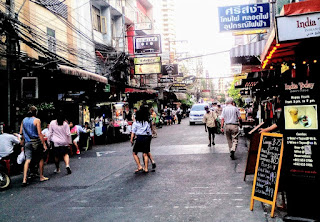